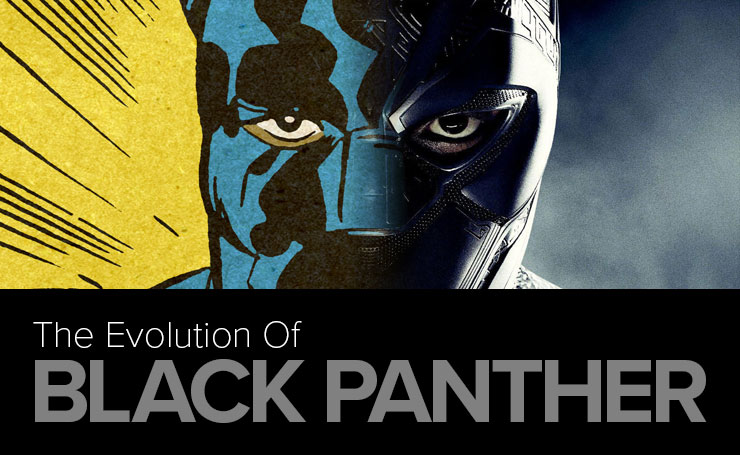 Black Panther made his first appearance 52 years ago in Fantastic Four #52. Which makes this the perfect time to look back at how Black Panther has evolved, starting with his genesis in 1965 and debut the following year. To celebrate, our friends over at HalloweenCostumes.com Came up with this cool infographic to celebrate. They’ve included every major costume within the mainstream Marvel Comics continuity except for designs worn for only a short time. They also included a look at his Marvel Cinematic Universe appearances plus three other superheroes who briefly took up the mantle as Black Panther.