With the popularity of Skylanders and Disney Infinity, it was only a matter of time before another group tried to get in on the action and after this morning’s leak, we know who the next contender is! 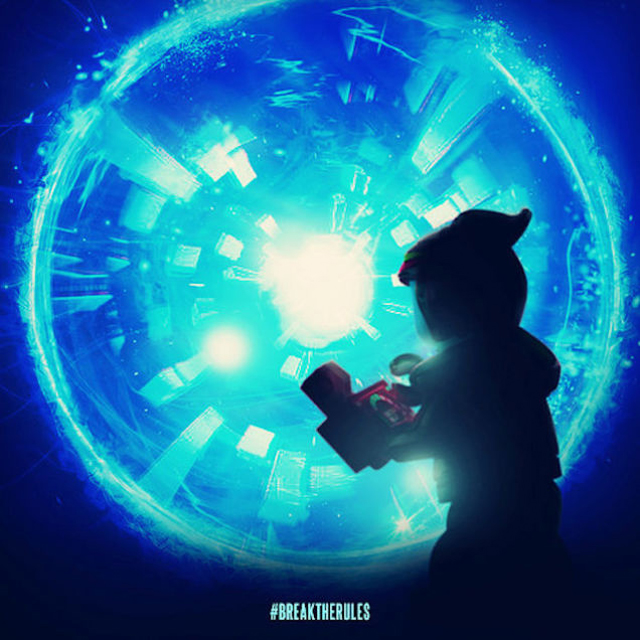 For the past couple of days there have been some teaser images leaked showing of Batman, Gandalf and The Lego Movie’s Wyldstyle tagged with “#BreaktheRules.” Then this morning, a teaser trailer dropped. The portal shown in the trailer is a match to the portal in the images which confirmed a lot of suspicions. Then came the official press release (see below). With this new line it looks like Lego will be mashing all the series lines together Harry Potter, LoTR, DC, Marvel, everything playing together at the same time!

Toys R Us confirmed the sets will be released in September 27th and the base starter pack for Xbox One, Xbox 360, PS4 and Wii will retail for $99. Included in the starter pack are the Toy Pad, some bricks, three miniatures including Batman, Gandalf and Wyldstyle from the Lego Movie, as well as a Lego Batmobile. There will be a full line of add on characters and expansion packs so get your wallet out and make some room next to your console, this looks like it’s going to be awesome.

And here’s the official trailer, which dropped this morning:

Here’s some details from the official press release:
The Creativity of LEGO Building Meets the Epic Story-Telling of LEGO Videogames for Multi-Dimensional Fun

Fan-Favourite Worlds Converge in One Thrilling Adventure — A Dark Knight, a Wizard, and a Master Builder Travelling Down the Yellow Brick Road is Just the Beginning!

Warner Bros. Interactive Entertainment, TT Games and The LEGO Group today announced LEGO® Dimensions, an all-new entertainment experience that breaks the rules of traditional gaming to merge physical LEGO brick building with interactive console gameplay in a manner only imaginable in the world of LEGO games. Launching 27th September, 2015, the game will fuse many fan-favourite universes together, including DC Comics, The Lord of the Rings, The LEGO Movie, The Wizard of Oz, LEGO Ninjago, Back to the Future, and many more still to be announced.

For the first time in any LEGO videogame, characters from iconic entertainment franchises join forces and battle in worlds outside of their own. In addition to the game, the LEGO Dimensions Starter Pack will include the LEGO Toy Pad, which allows players to transport special LEGO minifigures and other LEGO objects into the game, bricks to build the LEGO Gateway, three LEGO Minifigures, including LEGO BatmanTM from DC Comics, LEGO Gandalf from The Lord of the Rings and Wyldstyle from The LEGO Movie, plus the LEGO BatmobileTM.

In addition to the three minifigure heroes used to start the experience, LEGO Dimensions will allow gamers to customize their experience with additional expansion packs. Highly collectible Level Packs, Team Packs and Fun Packs will provide new buildable characters, vehicles, tools and gadgets, as well as compelling game content with new mission-based levels and unique in-game abilities. All expansion packs will feature well-known properties and provide gamers the opportunity to use everything interchangeably, anywhere throughout the game – with no limitations.

LEGO Dimensions not only offers a bridge between digital and physical LEGO play, but also introduces a digital system of play with great long-term value for LEGO gaming. One LEGO Toy Pad, LEGO Gateway and the videogame found in the initial Starter Pack will offer endless opportunities to customize a player’s experience for years to come. Future expansion pack purchases will continue to work with the Starter Pack, even in the fall of next year. No compatibility chart necessary. 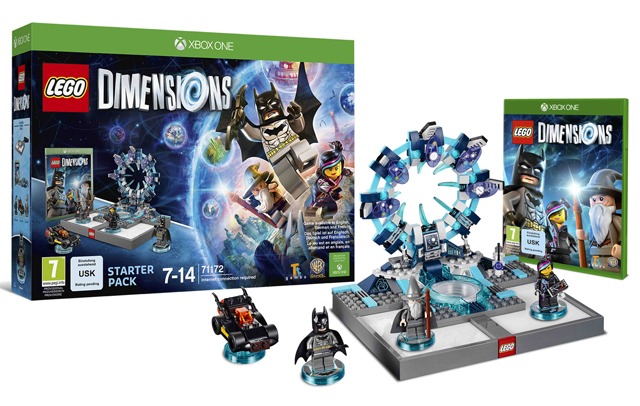