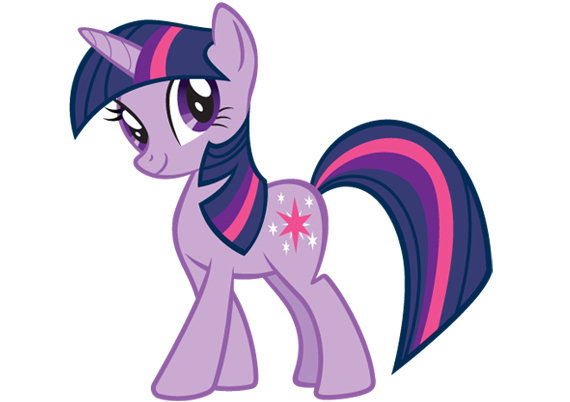 Here’s one for all you Bronies out there. The folks at Movoto Real Estate Blog have come up with a cost and a fictional real estate listing for the tree house of Twilight Sparkle. So what’s the market price of a decked out tree house? The answer may surprise you, but not as much as realizing there are people who would wet their pants at the opportunity to buy this and move out of their mom’s basement.

Check the listing below along with a full breakdown of the details:

Once upon a time, in a land called Equestria, there lived six little ponies who launched one major franchise. Unless you’ve been living in a barn for the last few years, you should know that “My Little Pony” is back in action with a new show. It aims to teach morals to children, but draws in a large, older crowd of all different genders.

The show features the antics of an eclectic mane six cast that embody the Elements of Harmony: loyalty, honesty, laughter, generosity, kindness, and magic. “My Little Pony: Friendship is Magic” has gained a rabid and obsessive fanbase over its four seasons, including many who are willing to analyze the show down to its littlest detail.

Well, considering I’m part of that rabid fanbase, who am I to fight the trend?

I’ve always been curious about the places each of these ponies live. Sugarcube Corners, Rainbow Dash’s cloud mansion, Celestia’s castle… wherever Scootaloo lives. If I had to pick one to buy, I’d probably want to live in Twilight Sparkle’s house. I mean, come on, it’s a treehouse and a library—a writer’s dream home! But would I even be able to afford this kind of house if it was for sale? Something so magical and ornate surely was out of my price range. Then again, I had the tools to find out and the curiosity to back it up. So here at Movoto Real Estate, I decided to give it a shot.

To figure out if living like Twilight would even be feasible, there were a few things I needed to find out:
•How big is the house?
•Where is it located?
•How much would a similarly sized home cost there?
•And how much is that in Bits?

Now, I know, despite what some fan fiction says, Equestria is not actually somewhere on Earth, so finding a location was going to prove a challenge. Determining size meant I would have to find something in the show I could use for reference. The conversion to Bits would just be to help me understand how much I’d have to be making in Ponyville in order to live this life of luxury.

Fluttershy Would Probably Love To Be This Tree 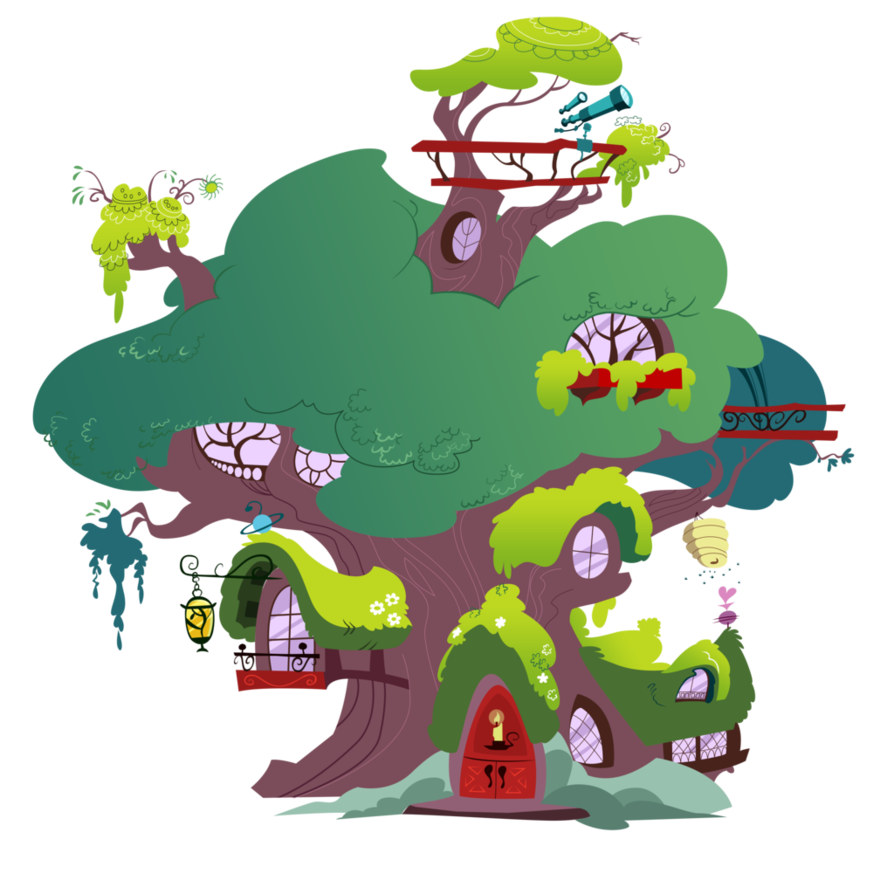 Well, maybe not, since this tree is hollowed out and I don’t think she’d like to live as someone’s house. But it’s still a pretty rockin’ tree, and would be the envy of anypony. This Twilightlicious Library consists of:
•Three floors
•Two main library rooms
•A scientifically stocked basement
•A den
•A bed loft
•Two balconies
•A stargazing platform
•A ton of magical books, equipment, and artifacts

But there is no way I’d be able to find out the cost of all those things, some of which don’t even exist. So instead I decided to look just at the floor plan and try to determine things that way.

I know that Dash would probably call me an egg head, but all this called for a little math, measurement, and research. I would need to find something I could use for scale to determine the square feet of the house. This meant I had to watch a ton of episodes with a critical eye. Because that’s difficult and totally hard work, right?

As much of a non-chore as that was, I was happy to find that some people out there had helped me by already determining the size of a pony in our real world by use of an 8-foot candy cane mentioned in one episode of the show. According to that analysis, ponies are really little. No, I mean really, really little. As in, 3 feet 5 inches little.

So those towering houses that look like mansions in the show? Yeah, they’re probably not actually that huge after all.

Now I had the ponies for reference size. From there I determined that from chest to flank a pony was about 1.07 feet, which makes them shorter in length than height(due to giant anime-esque heads.) Then it was all about pausing some scenes and whipping out a tape measurer to find out how big the rooms were. I found that “Owls’ Well that Ends Well,” “The Secret of My Excess,” “Look Before You Sleep,” and “Feeling Pinkie Keen” were particularly helpful episodes.

I left out the stargazing platform and balconies, considering they were rarely (if ever) used during the series. All in all, that meant that Twilight Sparkle’s massive, decadent tree house came out to a total of… 1,009 square feet .

I know, it doesn’t seem right, but that’s what the numbers say. Again, ponies are very small, so for them that’s probably a pretty spacious pad. Plus, it’s still a lot bigger than the place I have now. But sweet Celestia, where was this house?

Once Upon A Time, In A Land Called… West Virginia?

This was pretty tricky, but I did have a ton of evidence to deal with. There were many factors I was searching for, not limited to but including:
•A place that had classic seasons (snow, autumn leaves, etc.).
•A nearby forest but still some grassland and open space
•A small river that practically ran through town
•Proximity to an apple orchard as well as a cavern system (per “Too Many Pinkie Pies”)
•No oceans or huge lakes, but a few small ponds close by for swimming.
•Foliage of ferns, poison oak or ivy, wild flowers, and deciduous trees.
•A small but thriving population

Then there was the all important train. If we assume that Manehattan and Fillydelphia (mentioned in “Swarm of the Century”) coincide with Manhattan island in New York, NY and Philadelphia, PA respectively, then real-world Ponyville would be an easy day’s ride away from both. At the same time, the town would have to be about two days by train from an area where bison roam, probably to the west, as seen in “Over a Barrel.” Looking at all these factors, I managed to determine that Ponyville is likely in: Moorefield, West Virginia.

It fits all the criteria, not to mention that it’s a short drive away from one of the U.S.’s few remaining castles. I mean, come on, how perfect is that?

So, now that we knew where and how big this place was, just how much would it cost to live there?

There aren’t really any single-family treehouses on the market in Moorefield for comparison, especially living ones made for three foot high ponies, so I had to look just at square footage alone. I was able to find some houses of similar size, and was then able to find the average cost of a square foot of housing space for this area of West Virginia. That all came out to an average of $110 per square foot.

And Magic Makes It All Complete!

Now, you’re not getting the elements of harmony with this deal, any books, or any of the cool stuff Twilight fusses with, so that price might seem a little off to some. Just remember, we’re going by the numbers here. How would we even begin to find how much the elements would cost, anyway?

So the house is pretty affordable after all! Who knew?

But what if you lived in Equestria? Well then obviously, you’d need to pay in Bits. A bunch of asparagus costs 1 bit, as seen in “Putting Your Hoof Down.” A bunch of asparagus in West Virginia costs around $1.98 in USD. If we divide that down to every US dollar being about 0.5 Bits, we find that Twilight’s library would cost about 55,671 in Bits.

Hmm, with that affordable a price, I wonder what the job market is like in Ponyville nowadays…