Have you ever wondered how much Sherlock’s sweet Baker Street bachelor pad would cost? Luckily the detectives at Movoto have done the heavy investigating and deduced how much it will set you back. Check out their infographic and detailed information below: 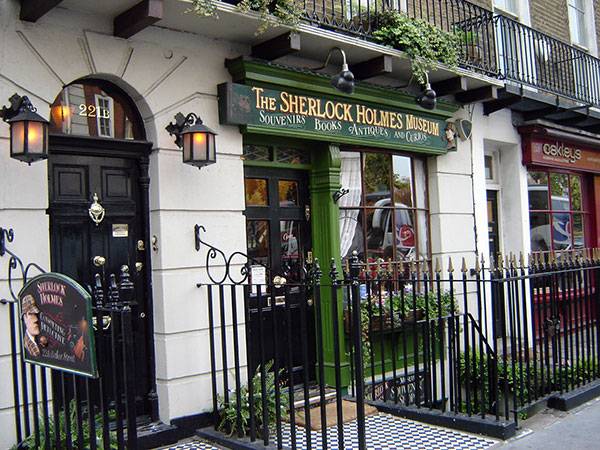 Precisely 17 uncarpeted and rather shoddy steps up from the entryway lies one of the most famous residences in London: 221B Baker Street.

This, of course, is the home of Sherlock Holmes, and judging by the hurried way he left his coat strewn across the back of the armchair, he’ll be back quite soon, so I’d better hurry. I have a fictional evaluation to solve and not a lot of time.

I’ll give you all of the case details in a moment, but for now, it’s important that you pay attention, since all of the evidence around the flat suggests one thing: This Holmes’ home wasn’t exactly cheap. In fact, the 221B Baker Street featured in the BBC’s “Sherlock” (one of the Movoto Real Estate Blog’s absolute favorite shows) is worth approximately £1,691,028, or $2,844,720

But let’s discuss how I, rather brilliantly, came up with this conclusion in the following paragraphs. Sherlock will be back any moment, and if you’ve seen “The Blind Banker” in season one, you know how he greets intruders at Baker Street.

Whew, that was close; Sherlock just got home and with any luck, he won’t realize I’ve been snooping around in time for us to discuss how I came up with the price—and for Mrs. Hudson to bring around some tea.

So what exactly was I snooping for? Well, just like any of our other Fictional Evaluations, we needed a few key pieces of evidence to find our price. They were:
•The location
•The size
•Comparable properties

Finding the location was simple enough; the size was a sinch; and coming up with comparable properties, a walk through the park for this master of deduction. More on that in a moment, but first, let’s start with the location and a little bit of background on this most famous of residences.

The History Of 221B Baker Street 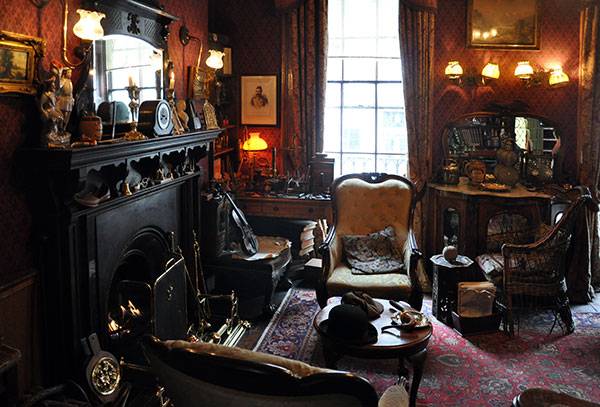 As any good detective knows, it’s important to gather background information in solving any kind of case. So, in order to find the real world location of 221B Baker Street, I needed to know its history.

221B Baker Street was first used as the famous detective’s address in Sir Arthur Conan Doyle’s original “Sherlock Holmes” stories in the late 1800s. At this time, the addresses on Baker Street in London did not go up this high—he no doubt used 221B so that no actual person’s address would be included in his stories.

As the years passed and the street was extended, the Abbey National Building Society moved into premises at 219-229 Baker Street, and for many years, actually employed a full-time secretary to answer all mail addressed to Sherlock Holmes. On the same block at a different address, there is also the official Sherlock Holmes Museum, with a blue plaque out front displaying “221B Baker Street” (even though this isn’t actually its address).

Lucky for me, I wasn’t the only detective working on finding the real world location of Sherlock’s home. Countless scholars, researchers, and fansite aficionados did most of the legwork for me. It was just a matter of finding the argument that made the most sense.

First, I had to eliminate both the actual address of 221B Baker Street, and the Sherlock Holmes Museum’s address between 237 and 241 Baker Street (because, well, there is a museum there.)

After looking at countless online discussions and papers, I finally concluded that one Peter Liddell was probably right: 221B Baker Street was most likely located, not at 221 at all, but at 31 Baker Street. You can read his very thorough case here if you’re interested, otherwise we’ll move on to discuss just how big Holmes’ home really is.

Once again, I wasn’t the first resourceful, dynamic, and enigmatic sleuth to contemplate the size of the show’s 221B Baker Street; in fact, as Watson might point out, I was a bit late to the game. That’s because super-fans of “Sherlock” like Megan here have already researched the space thoroughly, and even come up with a complete and interactive 3D blueprint of the space (excluding Watson’s bedroom—but more on that in a moment). 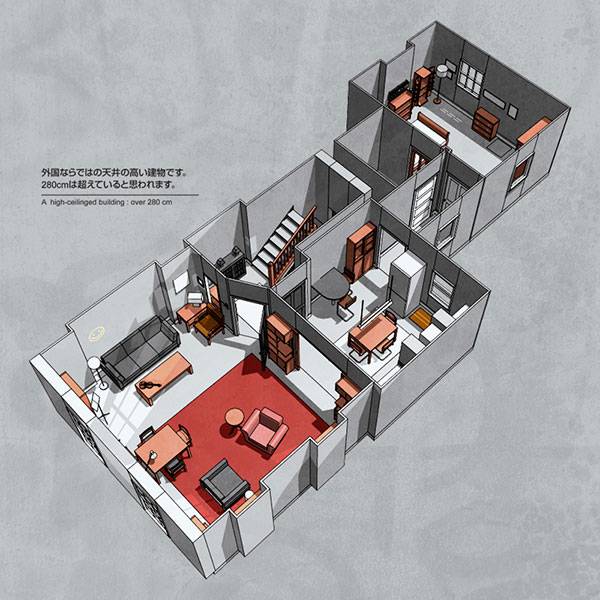 Using this 3D blueprint plus still shots from the show like these, I decided to use Sherlock’s queen-sized bed as a unit of measurement, since all Queens are 60 inches, or five feet, wide. With this rather long virtual measuring stick in hand, I went from room to room and determined that the home’s main floor—the one we see most often in the show—is approximately 1,756 square feet.

As I mentioned before, unfortunately, this 3D model of the home excludes Watson’s upstairs bedroom, and as far as I know, so does the show. In fact, the only real mention of its existence to my knowledge is in episode one when Mrs. Hudson says “there’s another bedroom upstairs if you’ll be needing two bedrooms,” to which Watson hurriedly replies that of course they will.

And yet we never actually see this mysterious bedroom. So I had to put on my detective hat and use the powers of deduction to determine the upstairs square footage.

According to the 3D blueprint, Sherlock’s bedroom downstairs, the master bedroom, is just over 393 square feet and also has an adjoining bathroom, which is only accessible through his room. Because of this, it is safe to assume that the upstairs of their flat includes A) Watson’s bedroom (slightly smaller than the master), and B) a bathroom (also slightly smaller than the master). That being said, I approximated the upstairs square footage to be about 380 square feet—about 300 for the bedroom and 80 for the bath.

So, all told, 221B Baker Street adds up to be about 2,136 square feet. Not too shabby for a flat in the heart of London, and as you’ll see when we investigate some comparable properties, not too cheap, either.

In looking for homes similar to that of Holmes’, I nixed the lab equipment, skull, unreturned correspondence jackknifed to the mantlepiece, various weapons, and other detective paraphernalia, and focused instead on finding similar two-bedroom, two-bathroom flats near Baker Street, including a fireplace.

After looking at eight similar properties, I found an average price per square foot of £963, or $1,620.

Adding Up The Evidence

“Shut up everybody, shut up! Don’t move, don’t speak, don’t breathe, I’m trying to think. Anderson, face the other way, you’re putting me off.”

Once all was quiet and still, and I could concentrate again, I solved the biggest mystery of them all.

It was pretty simple, really. With an average price of £963 per square foot, and a size of 1,756 square feet, 221B Baker Street would cost approximately £1,691,028, or $2,844,720, should Sherlock decide to list it—not including all of the home’s artifacts, gadgets, lab equipment, human eyeballs in the microwave, or the undoubtedly huge cleaning bill you’d still need to pay if you bought the place.