After waiting what seems like forever, Jonathan Smith’s new film ‘The Worst Year Of My Life’ is opening tonight at the Arena Cinema in Hollywood. We’ve been anticipating the release of this movie after seeing it at the Orlando Film Festival a few months ago. 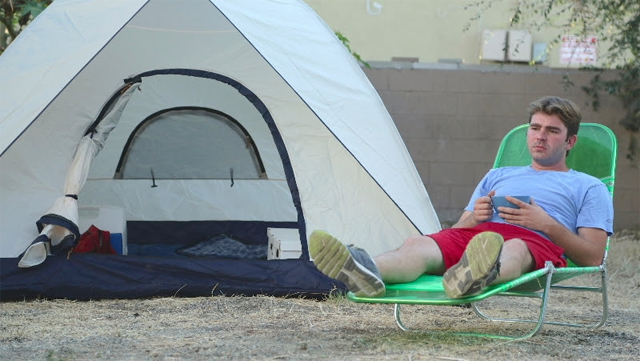 When we first heard about this project we were a little apprehensive; Indie films aren’t really what we’re into, and they tend to be either bad or really bad. But with Jonathan at the wheel, and knowing his style we figured what the hell – this one might be different. Fast forward a bit and we hear word that the movie will be at the festival in Orlando, which is close to us, so we wanted to check it out. Of course, everyone bailed because “indie film” usually screams ‘a bunch of gay cowboys sitting around a camp fire eating pudding’, so I decided to go solo on this. And I’m real glad I did.

This trailer totally doesn’t do it justice:

Movie reviews aren’t something I normally do, so I’ll just share some incoherent ramblings to convey why I like this film so much and why you should see it:

When an indie film tries to be funny, usually it spirals down into lame dick and fart jokes and when they try to be romantic, it goes over the top and can be unrealistic. Now that I think about it, that’s not just indie films. A lot of big Hollywood productions have the same level of unrealistic plots or themes. For example, you’re a barista in New York City, yet you have a massive apartment? Yeah right. But I digress.

‘The Worst Year of My Life’ starts off with Kyle (Trevor St. John David) meeting a girl, Amber (Amy Vorpahl), and they instantly share an attraction. One thing you notice right away is that they appear ‘normal’. I don’t mean that in a negative sense; they are both very attractive by societal standards. However, they aren’t over-the-top attractive where it’s implausible that this guy gets a girl that looks like that. Aside from that, they are very relatable, and as the story unfolds, you find yourself getting wrapped up in it because every aspect is familiar. Anyone that has ever been in love and suffered a broken heart will empathize with this story and the emotion Kyle feels surprisingly transcends the screen through the film.

The two of them begin a whirlwind relationship and fall head over heels for each other. As the newness starts to fade and real issues come into the relationship, things start to spiral downward. Amber gets transformed into someone you hate and there’s even a couple of scenes where you just want to yell out ‘Bitch!’ in the middle of the theater, but it’s a film festival and I didn’t want to scare the straights so I refrained. Then Todd (Nicholas Tucci) comes into the picture. Freaking Todd, WTF man? Nicholas Tucci does a great job of pulling off the character, but half the time you just want Todd to get hit by a bus. You won’t be the only one who doesn’t like him; his friends think he’s mentally challenged. The relationship between Kyle and Amber falls apart, and Kyle finds himself pretty much ass-out and trying to pick up the pieces. After a bit of a breakdown, Kyle ends up going to a therapist, Jennifer (Cate Beehan), and unlike most movie therapists who want you to do stupid self-improvement techniques they read in a book and offer bad advice, she approaches Kyle’s situation by just letting him talk and get it off his chest, like a good therapist should. Through some of the therapy sessions, we get flashbacks into what happened throughout Kyle and Amber’s relationship. This is where the emotional roller coaster really comes in and you truly start hating Amber. You get more entrenched into Kyle’s character and start relating even more. You feel his pain, his sorrow, and even laugh at the few moments of happiness that he has, which are few and far between because Amber is such a heartless b*tch.

Like I said, the emotion in the movie is very relatable. I honestly hadn’t related to a character this much since the first time I saw ‘Swingers’. Once you get past Vince Vaughn’s ‘you’re so money’ routine you see the pain that Jon Favreau’s character Mikey is struggling with. This is something Trevor St. John David managed to pull off really well in this film. Rather than being a romantic fluff movie, this one is real life, gripping, and at times, hits home. For an ‘indie film’ done on a shoestring budget, this was very impressive. The cinematography is great and there are quite a few scenes that are visually stunning. The acting and writing is spot on and wraps you up in the story. For being a young filmmaker, Jonathan Smith shows he has what it takes to pull off a great film. I personally hope to see more work from him in the near future. Overall this is a great film and I can’t wait to see it again.

If you can’t make it out to Arena Cinema, hit up Netflix and put the movie in your DVD queue

Hey look, I got to meet Jonathan! (Sorry for the shitty pic quality, that’s what happens when you use a cell phone in a theater hallway.) 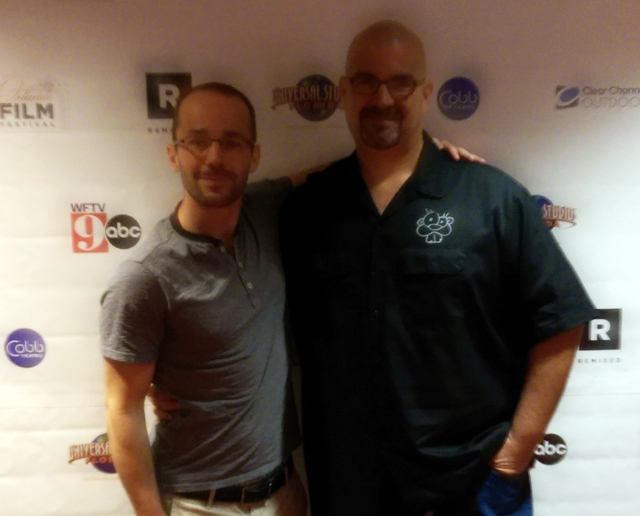