*UPDATE*
They just hit their goal. $2million in one day is pretty impressive and shows the fans want this!

Yesterday the gang from comedy team Broken Lizard took to Reddit to pitch their idea for Super Troopers 2 and to plug their IndieGoGo campaign. It seems that big studios don’t see the value that this project presents so they need some seed money to get the ball rolling. In almost 24 hours they’re only 20% away from their $2million goal. We’re on the hook for a poster (I wish we could get a shirt in the film like we did with The Worst Year of My Life), so if you want to get in on the action check out their campaign! 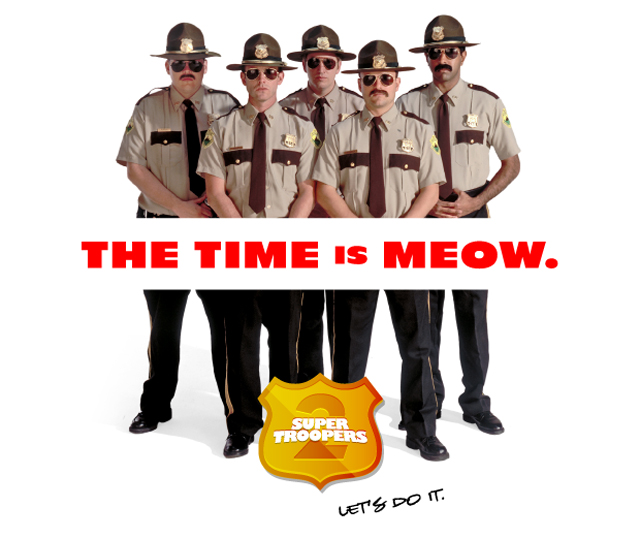