Hey Beavers,
Judging by some of the e-mails we’ve received I’m sure a lot of you are noticing things aren’t getting posted as often as usual. For that, I’m truly sorry but I wanted to take a moment to give all of you an update on what’s been going on and a heads up that things will hopefully be getting back to normal soon. 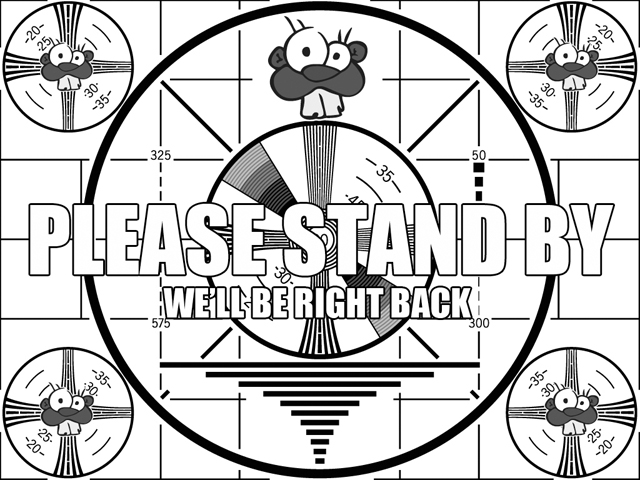 In a nutshell, the only way to explain it is February really sucked donkey dongs. To start off, on the 13th as we were heading to Disney for my birthday, I received the phone call that Nana Beaver had passed away. She was 90 and it was kind of expected, it’s not like she wrecked her Harley or had a skydiving mishap, but still throws you for a loop when it happens. Thankfully I got to see her back in October for her birthday, this was the prize winning tweet from that day:

She thought that was pretty funny and was happy she got a ‘shout out’ on ‘the Twittie’ (her name for it seems a bit more fitting). As far as we know she was our oldest confirmed fan of the site. She thought what her grandson was doing was fun and loved the posts, especially fail videos for some reason. She always liked seeing guys getting hit in the nuts which is odd but then again, she was a tough old broad and a bit kooky at times. She was always in good spirits and her old saying of ‘Keep beavering on’ led to the Nana Badge, which of course she loved and she showed it to all of her friends whenever she had the chance. 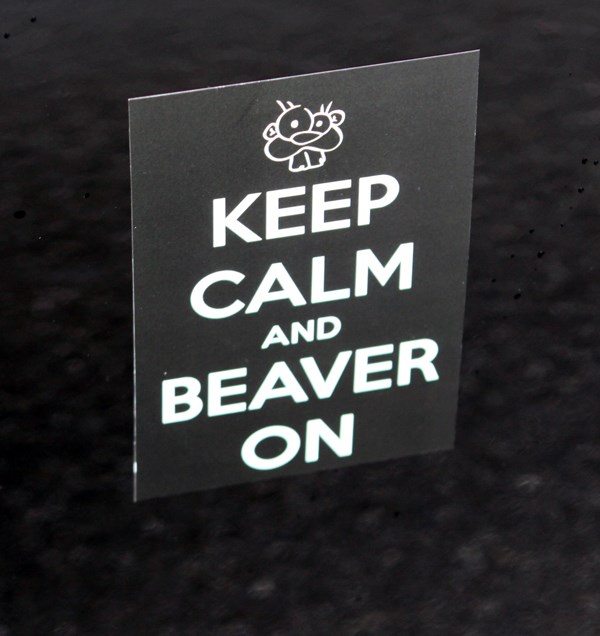 We had kicked the idea around of making more of them but since everyone seems to do the whole ‘Keep Calm and X’ thing I feel it’s a bit overdone. Tracy still really likes it so I may dust it off and do a limited run of them, I’m still not sure so we’ll see. Either way, she was awesome, she was my Nana, and she’ll be greatly missed.
Goodnight Gladys…

The other big thing going on right now is a not so pleasant surprise but something we want to talk to you about. On the 16th Tracy had a biopsy done on a lump she had found. The next day we got the news that she had stage 1 breast cancer. It’s been a rough couple of weeks trying to weigh the options and figure out the best course of treatment for her. Knowing the risks in breast cancer and what’s at stake, she decided to go for a bilateral mastectomy last Thursday. Here she is in good spirits right before the surgery. 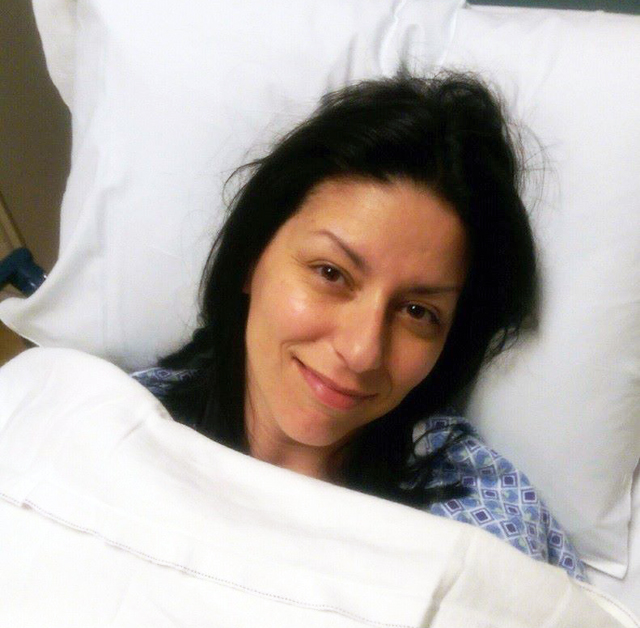 I’m happy to say that she is home now and resting and really doing well in her recovery. When she woke up from the anesthesia the first thing she did was flip me off, so I knew she’d be fine. Tracy is another tough chick that doesn’t take any crap and even when it came to cancer, didn’t back down from the challenge. In less than two weeks she went from being a cancer patient to being cancer free which is remarkable and awesome. We have to wait to find out if she’ll need chemo but for right now we at least know all the cancer has been removed.

The main reason we’re telling all of you something so personal to us is to hopefully help someone else. Ladies, we always talk about checking yourself but seriously, DO IT! Had Tracy not been checking, or had she not taken swift action when she did find something, things could have been much worse. We can post Taryn Southern’s Touch Your Boobies song all day every day, we can sell Pink Beaver shirts like they’re going out of style, we can advocate checking until we’re blue in the face, but none of that works if you’re not actually doing it. According to the CDC, over 40,000 women died of breast cancer in 2014. 1 in 8 women will be diagnosed with it in their lifetime. Think about those numbers and please, take the time to check. Don’t wait until it’s too late.

So yeah, February really sucked for us. While Tracy’s recovering updates to the site may not be as regular as they previously have been. There are a few posts already in the queue so there will be some updates, just not very many in the immediate future. I’ll try to post what I can here and there. We’re very sorry about that but I think everyone will understand. It’s not because we don’t love you, the fans of this site are some of the best people ever, and we love all of you.

P.S.- Guys, slap your berries around once in a while too. Testicular Cancer can happen and you don’t want to end up being called uniball. For added fun, breast cancer effects guys as well (although statistically it’s far less likely) so make sure you’re checking your moobs once in a while. Better yet, everyone partner up, guys check the girls, girls check the guys! There’s no excuse for not doing it.