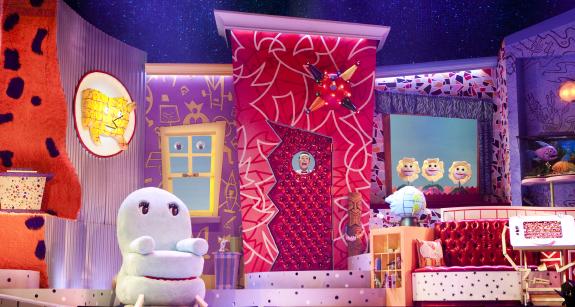 Ever wonder how much would it cost to buy Pee-wee’s Playhouse? The team over at Movoto did, and they came up with this handy infographic to break down the charges. It’s a bit more than we’d expected but come on, how many houses have talking windows? Check out the infographic and detailed listing below:

You all know what to do when I write the secret word in the blog post, right, folks? SCREAM REAL LOUD!

That’s right–for our latest fictional evaluation (AHHH!) here on the Movoto Real Estate Blog, I’m looking at a one-of-a-kind property from one of my childhood favorites, and a show that anyone who grew up in the early ‘90s should be quite familiar with: “Pee-wee’s Playhouse”.

The TV home of perpetual man-boy Pee-wee Herman, this was a place where seemingly anything could happen. From talking fish and a genie who’ll grant a wish to a living chair and a globe who speaks, there’s really no wonder why this home stuck with me (and so many others) all these years. Since I’ve been anxiously awaiting next year’s remastered Blu-ray release of all 45 episodes of the show, which aired from 1986 through 1990, I just had to take advantage of my admittedly wacky job and evaluate it (so close!).

Faster than you can say “I know you are, but what am I?,” I got to researching and ultimately found that Pee-wee’s Playhouse, if it were an actual place you could purchase on today’s real estate market, would set its buyer back $1,111,728.

Now, before you go telling me that figure is cuckoo, at least read how I came up with it. I promise it won’t take much longer than one of the King of Cartoon’s shorts.

Come On In And Pull Up A Chair

In case you haven’t read one of our fictional evaluation (AHHH!) posts before, here’s how we do this. There are basically three things we need to do in order to figure out the value of a house that doesn’t exist in the real world. Those are:

Its size
Its location
Comparable properties

This is just the sort of exercise that someone who grew up having their imaginations hotwired by Pee-wee’s antics lives for. The first thing I did was figure out how big the Playhouse would be, so let’s start with that.

Room For A Talking Chair, A Dinosaur Family, And A Whole Lot More

When I watched “Pee-wee’s Playhouse” as a kid, the place seemed absolutely huge. Now that I’m grown up, I realize there was a lot of TV trickery that went into creating that effect. Still, with so many rooms and areas under its roof, I figured the “real” place would have to be pretty sizeable—it turns out I was right.

To determine that size, I started by using my own Magic Screen (the internet) to research the house and make sure I wasn’t forgetting about any of its nooks and crannies. All told, the Playhouse was comprised of the following area seen on the show:

Looking at exterior shots of the house from the show’s intro sequence, it’s clear that there are some additional areas that aren’t actually used on-screen. This include an entire basement and a tower located at the back of the house.

In order to determine everything’s scale, I used set photos and the size of a standard front door (36 inches) to measure the layout based on the Playhouse’s sparkly red entry. I factored in the not-seen-on-TV basement and tower, along with the Fruitcake Room, which only appeared in the holiday special. All told, the floorspace of the Playhouse added up to 6,042 square feet. I’m sure there are some other, hidden areas that would have been great to include in this evaluation (AHHH!) but those will have to remain in the realm of imagination.

You’ve Landed In A Place Where Anything Can Happen

With the square footage figured out, I needed to determine exactly where the Playhouse would be located. So, I grabbed my Globey, went back to my Magic Screen, and re-watched an episode looking for clues. As it turns out, there was a huge one staring me right in the face (with its four faces).

While I initially thought the house might be a lock for a Southern California locale (Pee-wee’s house in “Pee-wee’s Big Adventure” is actually in Pasadena, CA), in reality (or un-reality, in this case) the wacky abode is located in Keystone, SD. How on Earth did I arrive at that conclusion? Well, at the end of every episode, Pee-wee pulls the arm of a discus thrower statue, revealing a secret storage area for his scooter. He hops on it and shoots out of the house and into the sky, flying right in front of… Mount Rushmore. Which is located in Keystone, SD.

In the footage shown during the closing credits, Pee-wee can be seen speeding down roads in a forested area which fits nicely with that Keystone location. I’ll admit that the monkey-filled bamboo forest seen in the show’s opening doesn’t, but I just chalk its existence up to the eccentric man-boy growing it himself and having the primates flown in. 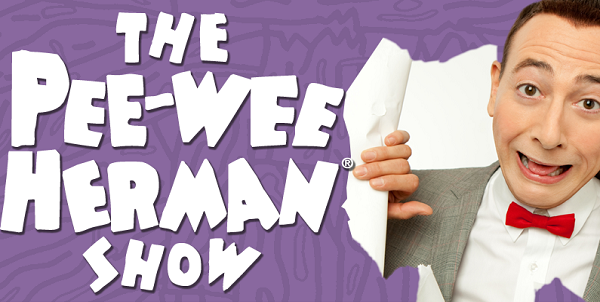 Size and location determined, I just had to look at comps. It may surprise you to know this, but there aren’t any houses like Pee-wee’s in Keystone. In fact, houses larger than 6,000 square feet are pretty rare in the area. Still, I was able to track down listings for a few in the same rough square footage range and average out their prices per square foot to get the result I was after.

As it turns out, the Playhouse would sell for $184 per square foot if located in Keystone. Taking that figure and multiplying it by 6,042 square feet gave me a total price of $1,111,728.

You’re probably thinking that figure’s on the low side, even for a place as remote as Keystone in the great state of South Dakota. Well, you have to consider that when we do an evaluation (AHHH!) like this, we don’t factor in anything beyond the structure itself. That means all the cool stuff like the giant ant farm, Mr. Window, Floory the living hardwood floor, and Jambi’s magic box aren’t included. After all, if Pee-wee were to ever move (though why would he?) he’d surely take all his awesome belongings with him (that goes for the outdoor pool, too).

Still, even without all the stuff, I’d jump at the chance to live in home like the Playhouse. One day, I might even try to build one, even though I know there’ll be plenty of roadblocks to me doing so, like my significant other’s protests and, y’know, building codes. A guy can dream, though, can’t he? That’s what “Pee-wee’s Playhouse” taught me, at least.