With the new Muppets Most Wanted movie dropping today, Movoto Real Estate Blog decided to take a look at the little frog’s house and give it an estimate. You’d need a lot of green to afford the world-famous amphibian’s lavish Hollywood mansion. 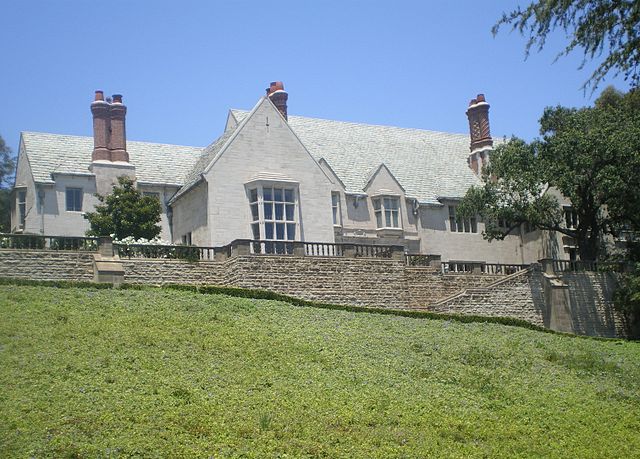 Check out the info graphic and detailed listing below:

Like a lot of people my age (I’m in my mid-30s), I grew up watching The Muppets. Well, at least in my case, I should say I grew up obsessed with The Muppets. I watched every episode of “The Muppet Show” countless times, wore out my VHS tapes of “The Muppet Movie” and “The Muppets Take Manhattan”, and my room looked like an unending territorial war between the forces of Jim Henson and George Lucas. My love of Muppets has stuck with me throughout the years between various spin-offs and trips to Muppet Vision 3D at Disney’s California Adventure in Anaheim, CA, but my fandom was truly rekindled by 2011’s “The Muppets”, which is due to get a sequel this week in “The Muppets Most Wanted”.

Since I now have the luxury of turning my obsessions into stories for folks to read here on the Movoto Real Estate blog, I couldn’t let the occasion of a brand-new Muppets movie slip by without turning our fictional real estate evaluation lens on the famous franchise. The only question was which location to value, but the answer came to me pretty quickly: Kermit the Frog’s house, of course.

The how and why of the process is something I’ll explain in a minute, but the price is something I have for you right now: $71,714,000. If that seems like a lot for the abode of a little green puppet, er, Muppet, I can’t blame you. I promise, though, that it’ll all make sense when I explain the process of how I evaluated this frog’s extremely fancy pad.

How I Measured The Value Of A Muppet’s House

This wasn’t my first time at the “evaluating a puppet’s house” rodeo. Nope, my first time was when I put a price on Yoda’s hut from “The Empire Strikes Back”. Just as with that evaluation—or any time we price a fictional property—we need to know three essential pieces of information in order to get the job done:

Before I could really do any of that, I had a decision to make—and a trip down memory lane to take. So come along; you can even imagine me singing the next part if it makes you feel more Muppet-y.

Which Of This Frog’s Pads To Value?

Like I said up top, I’ve been a fan of The Muppets since before I was old enough to remember the words to “Mahna Mahna”. Still, I couldn’t remember all the places Kermit has lived throughout the years. Fortunately, unlike little Randy, I now have access to the Internet and resources like the Muppet wiki. That’s where I started my quest to pick which home I’d be putting a price tag on.

Kermit’s lived in a few places since he first hit the scene in the 1950s, including:

Since “Most Wanted” is the follow-up to “The Muppets”, and the latter has established the latest continuity for Kermit and his pals, I opted to go with the one proper house he has lived in: his regal mansion seen in “The Muppets”.

With that decided, I needed to move right along and go on a Muppets road trip of my own to figure out where said mansion is located.

As it turns out, finding the location of Kermit’s stately abode wasn’t difficult. Part of the reason for that is because—unlike we so often see with film locations—it’s exactly where it was supposed to be in the movie. By that, I mean it’s really in Beverly Hills, CA.

Specifically, the location used for Kermit’s house is an actual property in the upscale city called Greystone Mansion. What’s really interesting is that this historic building is actually owned by the city of Beverly Hills, and has been since 1965. The city rents it out for use in movies and TV shows—and oh has it been used. Greystone Mansion has appeared in more than 100 productions, including “Star Trek Into Darkness”, “The Big Lebowski”, and “Spider-Man”.

Of course, I was most interested in its appearance in “The Muppets”, where we got to see not only its exquisitely maintained grounds but its lavish interior, including its iconic black-and-white checkerboard hallways (where Jason Segel encounters Kermit’s “living” portraits). I’d need to know how much space those corridors—and all its various rooms—account for in order to properly price the home.

A Grand Home For Man Or Muppet

I’m used to having to rely on some pretty clever means to figure out the square footage of a property for my fictional evaluations, such as using the size of a pizza box to measure the space in the Teenage Mutant Ninja Turtles lair or combing a movie script to determine how big the Ghostbuster’s firehouse is. This time was different, since as a historical place, the Greystone Mansion’s dimensions have already (and thankfully) been committed to public record.

So, how big is it? Really big—especially when you think about a lone frog living in the place. The Greystone Mansion, it turns out, has 55 rooms (including eight bedrooms and 13 bathrooms) and comprises a whopping 46,000 square feet. It also sits on 16 acres of land, but we don’t usually factor the cost of the lot into our evaluations.

What I did need to consider was the price per square foot of other mansions in Beverly Hills.

Mansions? Shouldn’t They Be Frogsions?

It turns out that, even by Beverly Hills mansion standards, Greystone Mansion is really, really big. Still, I wasn’t about to let the one percent get the better of me on my whimsical quest. What I ended up doing was locating the five largest luxury mansions I could and averaging their cost per square foot to arrive at a figure I could use in my calculations. That number: an uber-pricey $1,559 per square foot.

We Hope You’ve Got A Big (Miss) Piggy Bank

With that figured out, I’d arrived at the end of my journey—kind of like the finale of “The Muppet Movie”. All I needed to do was some simple math; the kind of stuff various Muppets on “Sesame Street” had helped me learn all those years ago.

Taking the square footage of the mansion (46,000) and multiplying it by the price per square foot I found ($1,559), I ended up with a total value of $71,714,000 Kermit’s mansion—aforementioned paintings and myriad Muppet memorabilia not included.

To put this into perspective, when it was originally constructed in 1928, the Greystone Mansion cost $3 million, or 96 percent lower than Kermit’s pad is valued at today (although, due to inflation, that $3 million in 2014 money is more like $40 million). Knowing this, we imagine that some of The Muppets’ nemeses over the years, like Doc Hopper and Tex Richman, are probably pretty green with envy right about now.