For all you die hard Rocky Horror Picture Show fans out there, Movoto Blog came up with a valuation and listing for Frank-N-Furter’s mansion. The price may surprise you. Check out the details below: 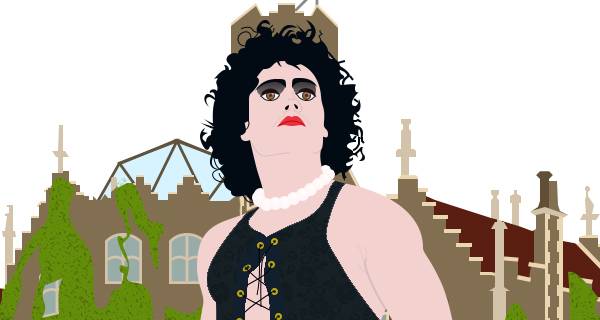 In 1975, a strange little piece of film came to the screen that would soon go into the history books as the biggest cult movie phenomenon of all time. That film was “The Rocky Horror Picture Show”. Almost 40 years later, Frank-N-Furter, Brad, and Janet still grace movie screens at midnight showings across the world. To quote Riff, it’s astounding.

Over the years, fans have become obsessive about every minor details of this movie, from the patch on Frank’s medical gown to the type of pastry eaten by background characters. I should know since I’m a pretty diehard fan myself, as any Bay Area shadow cast will tell you.

Of course, when I got the chance to figure out the cost of Frank’s castle for the Movoto Real Estate Blog… well, I would have given my right arm for the privilege.

But where on earth to start? Why, by watching one of the best movies ever of course! I grabbed my toilet paper, toast, noisemaker, and best rubber gloves, and sat down for a night of absolute pleasure. With that and some serious math, I was able to figure out everything I never even wondered about the Frankenstein Place. It all came out to a surprisingly low home price of $224,224. Dig it if you can.

I Would Like, If I May, To Take You on a Strange Journey

This journey begins with figuring out what we need to know in order to find the cost of Frank’s castle. You could argue that I could just look up a similarly sized castle somewhere, but this was a thorough bit of research and too nice a job to rush. For that, I needed to know:

Being that I couldn’t send Brad and Janet to check the layout for me, I needed to figure all this out myself, room by room—but how many were there?

Rocky Horror Mansion Valued Today At $224K
There’s more to this place than just Frank’s laboratory, as it turns out—a whole lot more. I watched the movie beginning to end to find out a basic floor plan. I even looked up floor plans other fans have made and only managed to find one, which was in french, and placed the criminologist’s office inside the house. Not only is that a really creepy notion, it’s not one I was going to accept for these calculations.

After much study, I determined that we see a total of 10 different rooms during the movie. These rooms are:

It also included some things we didn’t count in our calculations:

An elevator
A whole bunch of hallways, stairs, and balconies
A kitchen
A bathroom or two
A kennel for the dogs

Because very little living is done on any of the walkways or elevator, and we see neither the bathrooms nor the kitchens, they were not included in the square footage. We can assume that Frank puts on his makeup somewhere and that Eddie’s massive drumstick was roasted somewhere, but without seeing them they’ll just remain as much a mystery as this film’s meaning.

Over At The Frankenstein Place 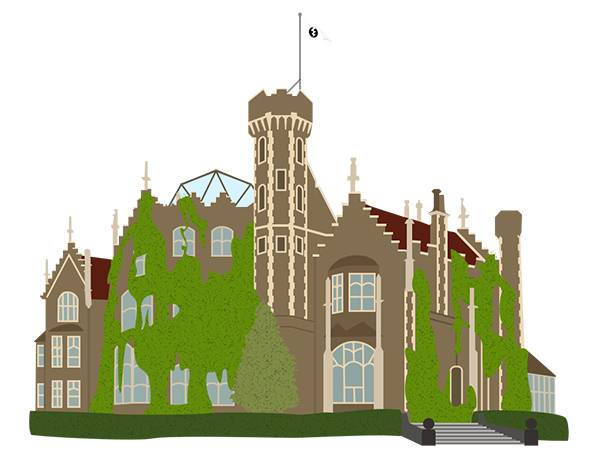 Rocky Horror Mansion Valued Today At $224K
Now, I’m not much into math by the light of the day, but at work I’m one hell of a researcher. Since, as I said before, there were no floor plans for this place, I had to try to figure out the square footage on my own.

I checked to see if the house was modeled after any one location, and instead found three. Bray Studios, Oakley Court, and a country house in Berkshire, England were all filming locations for the movie. That meant the floor plan would be a mix of all three, and using only one place for this assessment would be out of the question.

After that, I took still frames of each room shown in the film so I could measure them by hand—but what could I use for scale?

A friend of mine initially suggested I use the cup sizes for the different actresses as reference points because, hey, it’s “Rocky Horror”. However, that size would have been… inadequate for easily scaling the rooms, so I instead went with the actors’ and actresses’ heights. The actors I used were:
Susan Sarandon – 5 foot 7 inches
Patricia Quinn – 5 foot 4 inches
Nell Campbell – 5 foot 6 inches (who knew she was taller than Patricia?)
Richard O’ Brien – 5 foot 8 inches
Jonathan Adams – 3 foot 9 inches when seated

From there, using different actors and actresses for the different rooms, I figured out the following:

All that came out to a grand total of about 5,096 square feet. Now, I know the house is a castle, but that really is huge. Three stories of Transylvanian splendor and debauchery that loom over the rest of the forested, isolated countryside. Now I just had to figure out which countryside that might be.

Denton: The Home Of Happiness 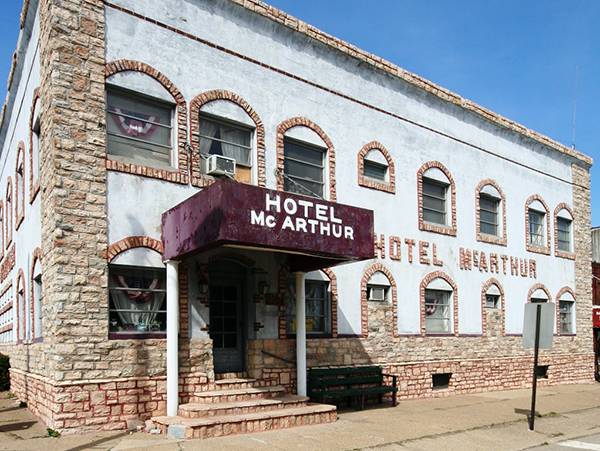 There’s been much debate about the location of Denton over the years. Some say that it must be in England, because that’s the writer, O’Brien’s, birth country and where a lot of filming was done. Others say it’s one of the many Dentons in the United States, such as Denton, Texas. Either way, we know it’s supposed to be some little town with wholesome values and a simple way of life, but we fans can’t just let it go at that, now can we?

There’s good evidence, with which I agree, that Denton is in Ohio. The newspaper Janet holds over her head is from Cleveland, and there’s a “Rocky Horror” scrapbook that includes a clipped questionnaire that shows Janet’s address as being in Denton, OH.

The kicker for me, though, was a scene in the Criminologists’ office, where you get a glimpse of a map with Frank-n-Furter’s location on it in relation to Denton. The X on the map is a jump to the left from a large national forest and a step to the right from the Scioto River.

From that map, we can determine that if it existed in real life, Frank’s castle would be just outside of McArthur, OH, towards the Vinton Furnace Experimental Forest.

Yes, Frank’ home is in an experimental forest. This probably surprises absolutely no one.

Didn’t We Pass A Castle Back Down The Road A Few Miles?

Now that we knew the location, the only thing to do was find homes for sale that I could get the area’s price per square foot from.

As it turns out, McArthur really doesn’t have much of a thriving housing market, and there aren’t any castles for sale around there (and definitely no human-making laboratories). Still, it didn’t take a time warp to find a few large houses, and I determined from those buildings that the average price in the area is about $44 per square foot.

What this means, after some simple multiplication of the size by the price per square foot, is that Frank-N-Furter’s massive castle would cost a mere $224,224.

While I won’t take into account the elevator maintenance or upkeep of sonic oscillators, I should mention that an indoor pool the size of Frank’s costs about $20,000. The overall price could be quite a bit higher than I estimate based on that alone, so potential buyers should keep that in mind. Also, you’ll have to pay to have someone install phone lines, because everyone knows that castles don’t have phones.

Don’t Dream It, Be It

Assuming you decided to make this your home, you wouldn’t be getting a lot of the cool goodies for that low price. You’d have to pay for the elevator, rockstar-sized meat locker, “Scooby-Doo on acid” gargoyles, all zen room playthings, and any blond creations on top of that base price.

Still, to own a piece of cult history, wouldn’t it be worth it? Besides, the thing is a spaceship in disguise, a thing us fans would know but potential realtors might not. For $224,224 we might be getting quite the steal, or even a ticket to Transexual Transylvania if we could figure out how to prepare the transit beam.

All of this is just speculation, of course. All we know for sure is that this flick—and, by association, this house—will live on forever in movie lore.