When Marty McFly goes back to 1955 in Back to the Future we get to see Doc Brown’s pimped out man cave of a mansion complete with an arsenal of cool gadgets and toys. But how much would it cost to have a pad like that? The gang over at Movoto blog crunched the numbers and gave us this cool infographic. 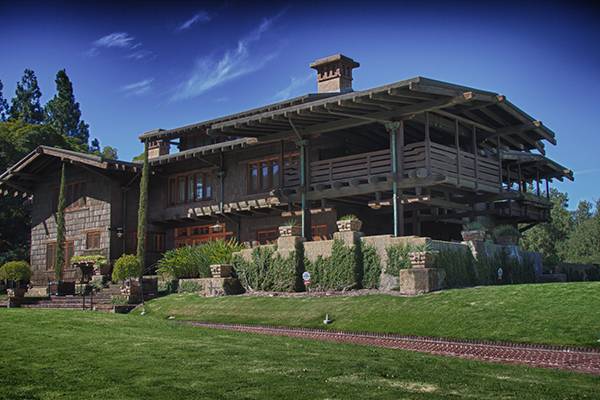 If you didn’t know, the “technologically advanced future” shown in “Back To The Future: Part II” is quickly approaching. Yes, 2015 is right around the corner, and I’m still waiting on the Mattel Hoverboard and power-lacing sneakers. Get on it, inventors!

In case you hadn’t guessed, I’ve been rewatching the “Back To The Future” trilogy lately, and in doing so I found a way to bring my love of these films and placing values on fictional real estate together: I’d figure out how much Doc Brown’s house (from the first movie) would cost. For work, no less. How much do I love my job?

For you, dear Movoto Real Estate Blog readers, I rewatched the series, took some notes, did way too much math for my own mental health, and found out that the humble Doc Brown would have paid $1,676,700 in today’s money for his house (if he hadn’t inherited it from his loaded parents). Holy cow, I wonder what you’d have to invent to make that kind of dough?

How did I get this figure? Let’s go back in time, to a few days ago, when I did all this research. Don’t worry, I’m sure we have enough plutonium for the return trip.

Careful, This Could Get Heavy

Heavy in math, that is. In order to find out the price of this prestigious abode, I had to ask some questions of myself and of the Internet. Those questions were:
•How big was this house?
•Where was it located?
How much would similar properties there cost? •How much is that in 1955 money?

That last factor was really added just for curiosity’s sake, and I have to say, I learned a thing or two about inflation when I did these calculations. Yikes. But more on that later. For now, let’s look at how big this massive mansion was.

It Would Probably Take 1.21 Gigawatts To Power This Home

That’s a lot, but this is one serious house. Admittedly, we don’t see a lot of it during the movie, but we do see an expansive livingroom, a long entryway, an office, and, of course, a well equipped garage. The garage is probably where most of the power bill went, considering it’s where Doc moved after the big fire and continued to do all his wacky science.

I do kinda wonder how it burned down. Some fans say there’s evidence Doc burned it down on purpose to collect on the insurance money. But considering he mentions a family fortune at one point, and that his father was a well known judge, I still wonder about him needing extra funds and taking such drastic measures (feel free to give your thoughts on this in the comments, I’m all ears).

Back To The Footage

While they didn’t show each room in the movie, I was lucky enough to find out that this house was based on one particular home. While a few shots are of the Blacker-Hill House, which is located nearby, most of what you see of Doc Brown’s mansion is the historic Gamble House in Pasadena, CA. You can even go on tours there, though they’re sadly not “Back To The Future” themed.

With some research, I was able to find that the total square footage of the building, including the ever-important garage. Different sources put the size at about 8,100 square feet. Again, I’m in awe of an inventor being able to even afford the electricity in a place like that. Maybe he’s got an extra nuclear reactor lying around or something?

Finding the location of fictional places has always been a challenge. But from the Isle of Berk to the location of Bob’s Burgers, we’ve found it all. So Hill Valley was our next stop, and we knew exactly where to start.

It’s pretty well known that this fictional city is supposed to be somewhere in Northern California, but did you know most of it was filmed in Southern California? In fact, Hill Valley’s town square was entirely on a movie lot, and the clock tower had been used in numerous films dating all the way back to 1948. No joke! Still, I was going for fiction-turned-reality, so I had to speculate where Hill Valley would actually be placed on a map. 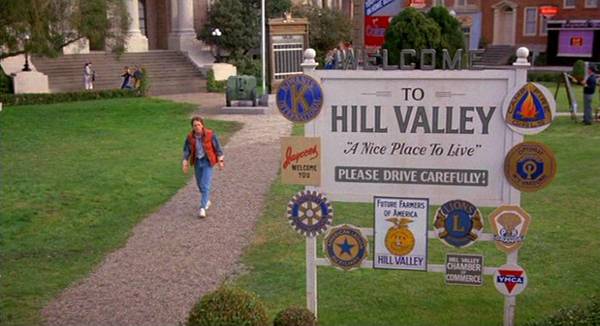 It turns out that other fans had done much of the work for me. Sources say that our oxymoronic city was fictionally placed about 12 miles east of Grass Valley, a real place in Northern California. Actually, looking at pictures, Grass Valley looks a whole lot like Hill Valley and has a similar name, so maybe there was some inspiration there. However, the main city located in that vicinity was Colfax, CA.

That location actually worked really well, considering the city has a long railroad history, as noted in the third movie, and a pretty notorious Wild West past. It’s a pretty small place, but then again Hill Valley was supposed to have a small-town feel as well, so it actually fits there too.

Now that I had the square footage as well as the location, it all came down to finding the average cost per square foot in the area.

I located other giant mansions in the Colfax area (by the way, there were very few), and found the average price per square foot to be $207. Combining that info with the size of Doc’s house, I found out that the whole thing would cost $1,676,700. I really hope Doc did have a family fortune, because that’s a ton of money.

Still, Doc’s house wouldn’t exist today, so we have to think of it in terms of past money. I did a little more math with the help of some online currency calculators, and found out that in 1955, the house would have only cost $194,981. Someone get me a time machine, because great Scott that is one amazing investment. 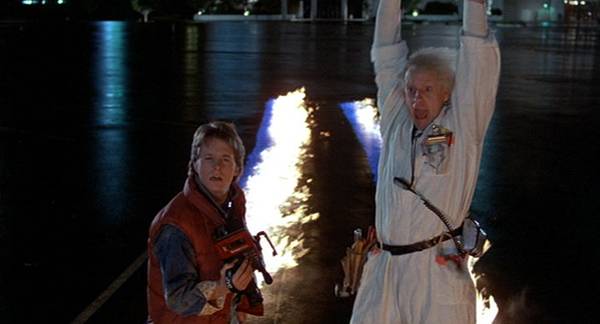 This home is sadly Delorean-not-included, but at least you have nothing to fear from the Libyans.

So, if it had not burned down, you could purchase Doc’s house for nearly two million dollars today, or just a couple hundred thousand if you managed to go back in time.

If that’s a little too rich for your blood, you might be able to just buy the garage where Doc lives in the present day, still doing his experiments. Hey, it doesn’t seemed to have upset him at all to downsize, so maybe it won’t bug you either.

Now, if you’ll excuse me, I’ve got to go plan my vacation next year to Colfax to celebrate the futuristic Hill Valley that “Back To The Future” has predicted for us. Mattel and Nike, you better not let me down.