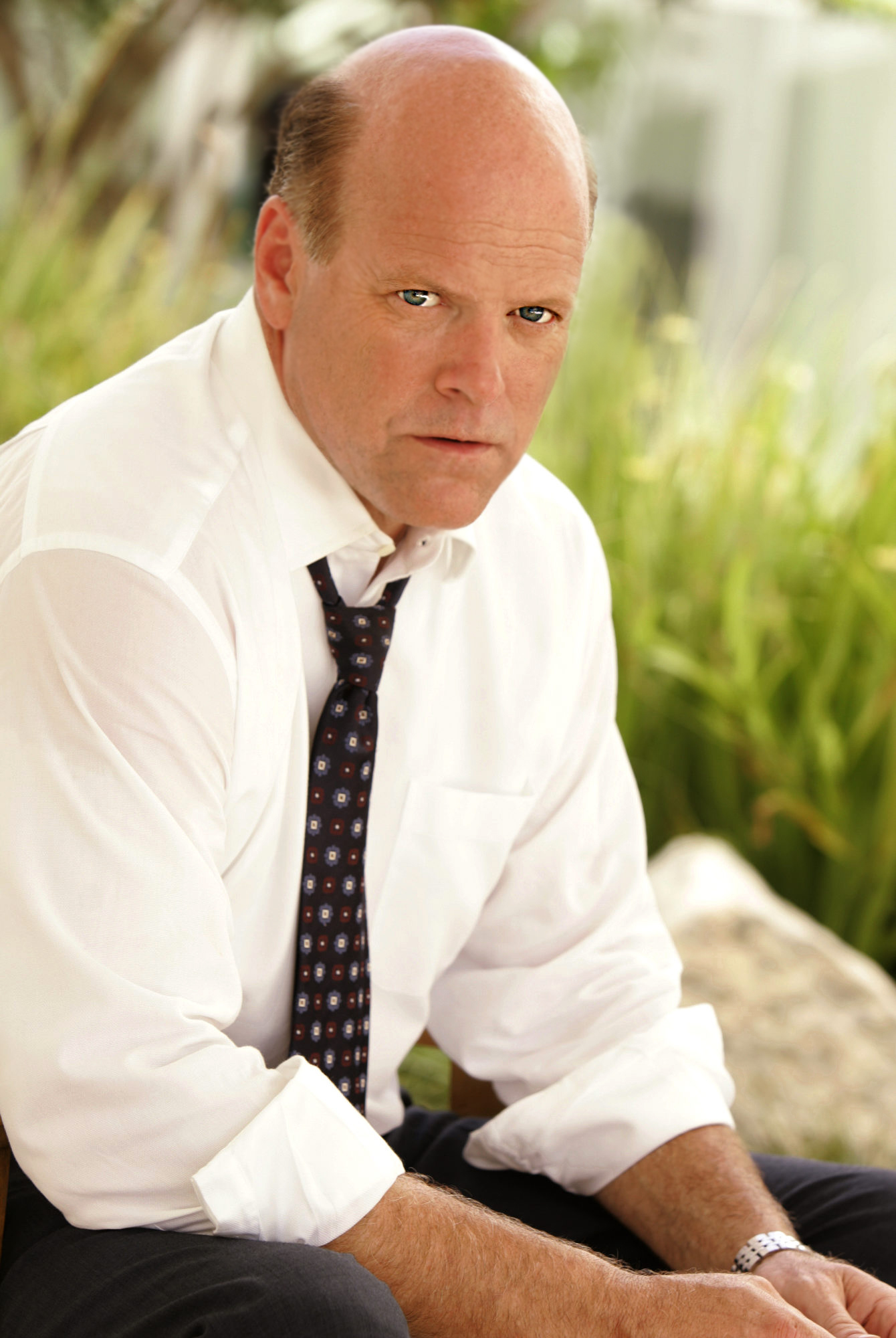 As a special treat for the release of Zombeavers, I had a chance to sit down and speak with actor Rex Linn who plays the role of ‘Smyth’ in the movie. This was a hard interview since Rex Linn is such an incredible actor and a veteran in the industry. What do you say to someone like this? How do you even approach him with your stupid questions? Well, as it turns out, he’s just a really great guy and very easy to talk to.

The ‘interview’ quickly turned into a casual conversation after about the first five minutes of speaking with him. Learning about his history and how he got to Hollywood was a great treat.

A young Rex Linn grew up in Texas and always had a love for movies. He recalls seeing an afternoon showing of ‘One Flew Over The Cuckoo’s Nest’ and being inspired. He walked out of the theater, called his mom to tell her he wouldn’t be home for supper that night, and saw the movie again. He had always wanted to be an actor since the age of five, but that movie ignited a spark in him to pursue that dream.

He followed the normal life path that many others take. After moving to Oklahoma with his family, he attended and graduated from OSU then began working for a bank. Even though he worked his way up to a VP position, he still had that acting bug burning in the back of his mind. He tried his hand at local work and even landed a spot in a Safeway supermarket commercial pitching their excellent price on beef brisket. To this day he can still recite the line flawlessly.

As time went on, he found the acting market in Oklahoma City was as non-existent as you could probably imagine. He landed a few roles here and there but always knew he would have to make that trip out West if he wanted to really get into the business. Finally, around 1990, he decided it was time to take that leap. It was a hard decision for him, selling his house at a loss and loading everything up into a U-haul. It was a big leap but he was comforted by his father’s advice. He told Rex that he was about to do something that 99% of people never get to do. Just getting into that truck and pulling out onto the street is making it further than most people ever will. Whether it be for financial reasons, family, or the biggest one, fear, most people never take that leap and spend their whole life dreaming about what might have been. His Dad did warn him, however, that if he were going to do it, give it 110%. If things don’t work out and you have to come back, you will at least come back knowing you tried. Rex took this with him as he got in that U-Haul and hit I-40 heading West.

When he got to L.A., he began giving it his all. He landed a few small roles here and there but after two years and almost to the point of being flat broke, he landed his famous role in ‘Cliffhanger’. He remembered being awestruck be the cast. Here he was acting next to Stallone and Lithgow and Rex felt like the odd man out. He said after that movie he knew he wouldn’t be heading back to Oklahoma.

With the doors opening a bit more than before, he began getting more steady offers. Most notably his roll as Det. Tripp in CSI:Miami where he was forced to endure David Caruso’s bad joke every week. 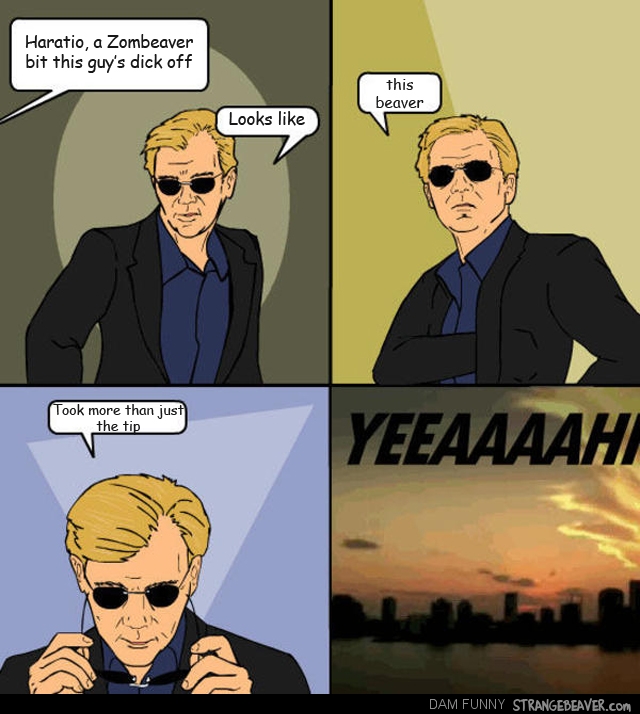 With such a long and distinguished film career, what drew him to a horror/comedy about Zombeavers? He was always a fan of the horror genre and grew up loving the classics like the Wolfman and Frankenstein, so this being a horror film immediately peaked his interest. He said that after glancing at the script he wasn’t really sold on the film, but had lunch with director Jordan Rubin where they discussed the film in more detail and he was in. 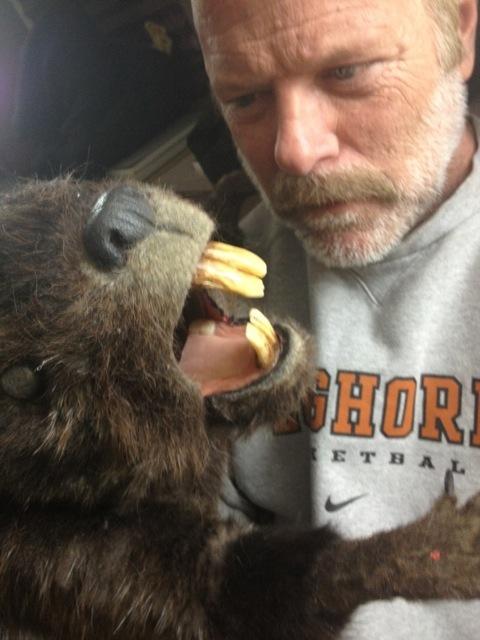 On the set of Zombeavers he enjoyed working with the special effects and make-up artist. The craft was always intriguing to him and one thing he loved about working on CSI:Miami. The Zombeavers were more cute and cuddly in person than they’re portrayed in the movie and Rex even took a fondness to Zombeaver ‘Bob’ (pictured).

He described the set of Zombeavers as being more of a party than it was work. The young cast was hungry to work on the project and it made for a vibe that was exciting. We’re sure that having had a veteran actor on the set certainly anchored the crew, and I can tell you as a viewer, it certainly brought a more realistic feel to the movie and to Rex’s character. 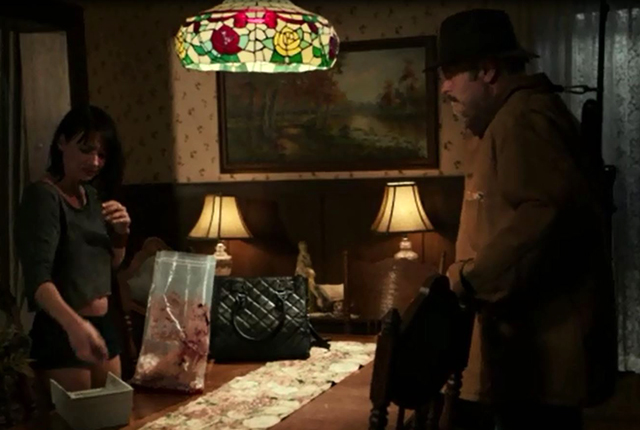 So what’s next for Rex? Keep an eye out for him in the upcoming HBO series ‘The Brink’ starring Jack Black and Tim Robbins. This weekly political satire is set to start airing this summer.

We can’t wait to see it and to see what other roles he pops up in. ■