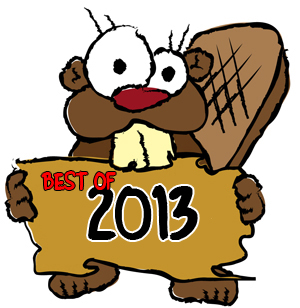 It’s that time of year, time to bring this year to a close and usher in a new one. It’s also a time to sift through all the stats and figure out what everyone was doing on Strange Beaver all year. We’ve gone over the data and found the most popular posts of 2013. There are some favorites, some surprises, and some WTF why is that on the list?

#13 – Ultimate Facebook Freakout Cat Fight
What happens when a couple of girls take to facebook to air their grievances? A nasty virtual cat fight resulting in a mom forcing one of them to delete their account 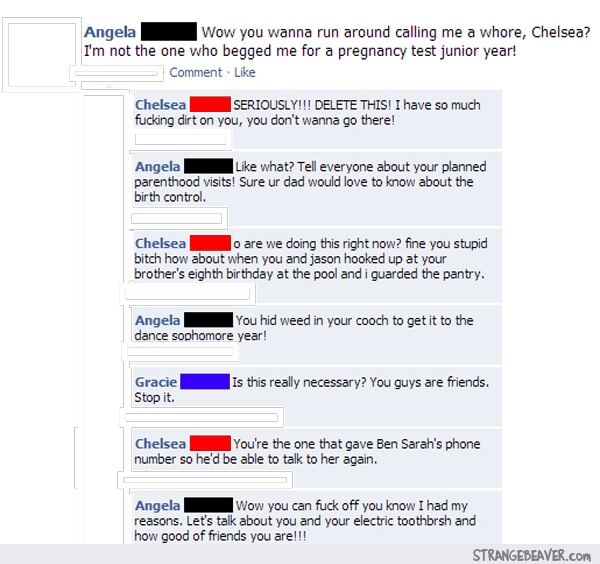 #12 – Epic FIFA 14 Rage Quit
This is a relatively recent post but it struck a cord in the hearts of our fans. What’s the best way to deal with someone beating you at a video game? A total freakout of course!

#11 – Cool Cosplay With Bellechere
In February we launched the ‘Cool Cosplay’ feature highlighting some of the best cosplayers we found throughout the world. Bellechere seems to have been the most popular earning her work a spot in this year’s top post list. 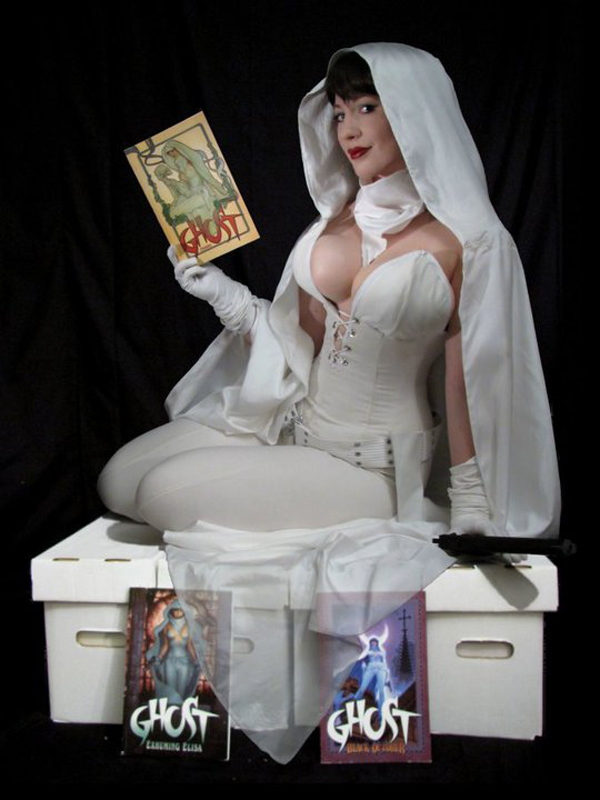 #10 – Girls In Yoga Pants
Always a cause for celebration. The old saying about spandex still holds true for yoga pants, “it’s a privilege, not a right”. 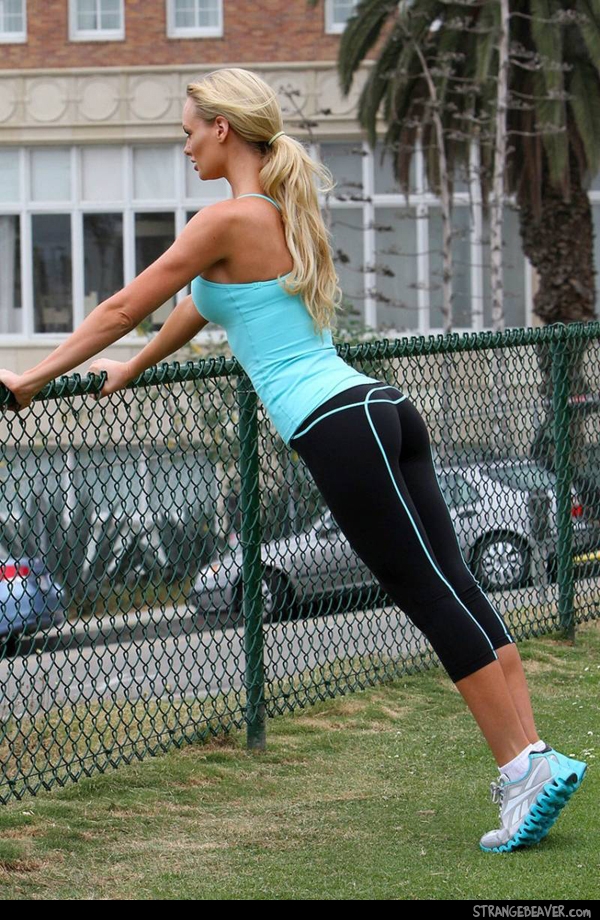 #9 – Facebook Fails 1-11 Part 2
Since it’s debut, our Facebook Fails feature every Friday has always been one of the most successful categories earning it a spot on this list every year. It’s always surprising which post gets the attention but with the help of twitter, Pinterest, and StumbleUpon, this one took the prize. 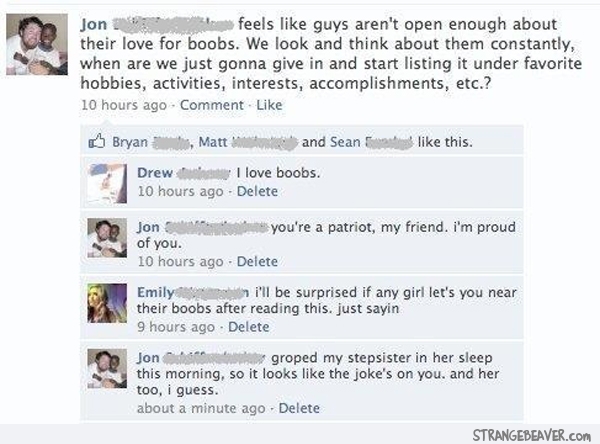 #8 – Jennifer Love Hewitt Song
How do you take fandom and make it more creepy stalkerish? This ode to JLH by Jason Sereno does just that.

#7 – The Badpiper – Thunderstruck
How do you make bagpipes cool? Have a punk rocker jam out some AC/DC, and don’t forget the flames! 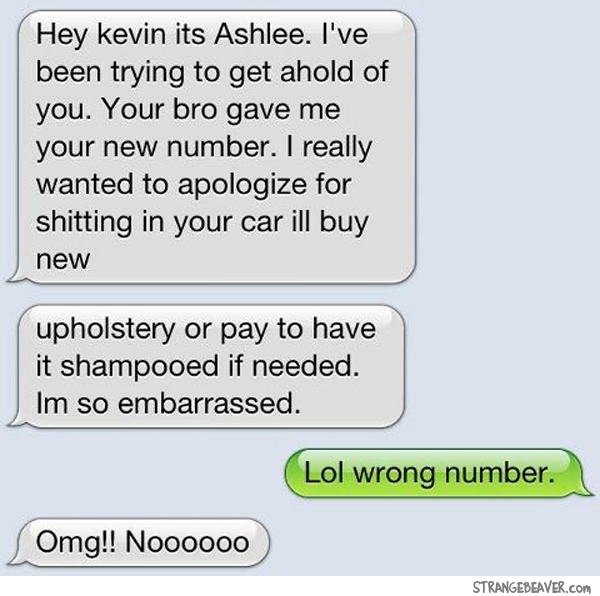 #4 – Slave Leia Pole Dancing
Pole dancing is already a wonderful and magical activity. But add in a woman dressed in Princess Leia’s metal bikini and it gets all the geeks worked up.

#3 – Real Life Carman Throws A Tantrum
Boogie2988’s character Francis is always entertaining. But his Cartman tantrum over people trash talking on the Xbox was epic

#2 – Star Wars Girls Make The World A Better Place
It’s no secret that we love Star Wars. So to honor International Star Wars Day we ran a series of Star Wars related posts. One of those was highlighting girls who make the old light saber rattle a bit. Fans across the globe agreed, they make the world much better. 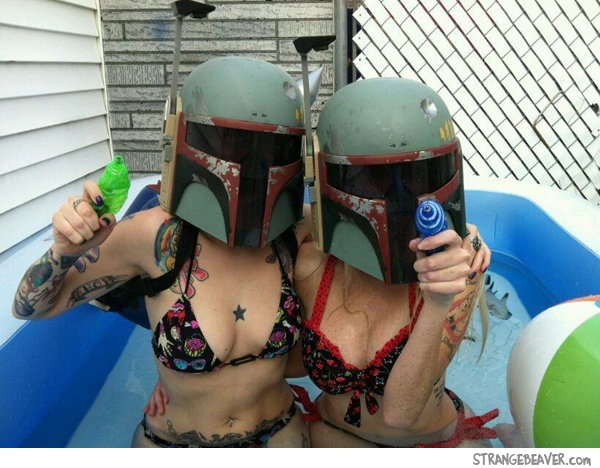 #1 – Fox Force Five In Kill Bill
And here it is, the most popular post from 2013. It’s always weird to see what makes a popular post. There’s some posts we spend days working on, then others that we think aren’t that spectacular and they blow up. This is one of those times. Who knew the crossover between Pulp Fiction and Kill Bill would be so great, but even more so, who knew a bunch of GIFs about it would go gang busters on our site?

And there you have it folks. The highlights of a great year. 2013 was a lot of fun, we had A LOT of great times and made some new friends in the process.

We’d like to give a shout out to some of our new media partners that have joined us this year and have helped entertain our fans with their great posts. Mainly ; Beat Down Boogie, Above Average, Mediocre Films, CineFix, Movoto Blog, Alex Clark, Official Comedy, CinemaSins, Screen Junkies, Third String Kicker, AV Byte, Stunt People, The Fine Brothers, Madatoms and Shut Up Cartoons!

And of course, a special thank you to all of our awesome fans! Without you, there would really be no point in doing any of this! We have some new and exciting things coming up in 2014 so there’s more fun to look forward to. Have a safe and Happy New Year and let’s make 2014 even more fun!