We originally weren’t going to do one of these posts. It just seems so overdone but we’ve had quite a few requests from our readers so we figured we’d run the numbers and see what we came up with. We compiled the list using the raw traffic data so we can determine not what we thought was the best, but what you the viewers thought. Technically StrangeBeaver has only been in existence since May of this year, but in the last 8 months we’ve managed to rack up some good traffic and a following of some really great people. 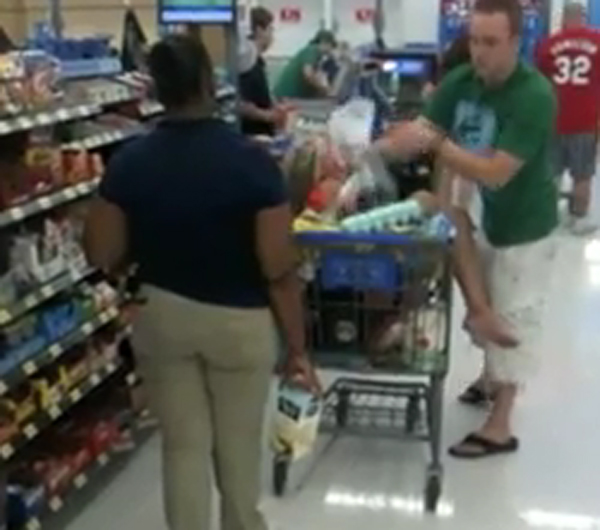 END_OF_DOCUMENT_TOKEN_TO_BE_REPLACED

This week’s meme is U Mad

The Back Story: During an appearance on the Bill O’Reilly Show in November of 2003, Harlem-based rapper Camâ€™Ron uttered the phrase in a heated exchange with O’Reily.
(6:00 for the money shot)

In the context of hip hop music, â€œYou mad, â€˜cause [Iâ€™m better than you]â€ is a dissing technique that has its roots in freestyle battling and can be often heard in popular rap lyrics, especially on diss tracks.
The catchphrase has morphed and netizens began using it in discussion forums and comment threads to imply that someone (usually the previous poster) is losing their temper during the course of an argument. Itâ€™s a form of debate tactic that casually dismisses someoneâ€™s counterargument, thus further feeding the rage fuel upon the receiving end. Due to the incendiary nature of the phrase, it is also considered a form of trolling. This is sometimes countered by the sub-meme of I Ain’t Even Mad as a response.

The setup: Using an image ad the U Mad text

END_OF_DOCUMENT_TOKEN_TO_BE_REPLACED

The Back Story: Epic Boobs have been around since the beginning of human existence but the Epic Boobs Girl did not become a meme until around mid 2006. A young girl named Alix in the UK uploaded some racy pictures onto her bebo account and from there one was picked up and turned into the now famous motivational image. After the image began circulating, a search began for who this mysterious girl was. More pictures of her started to leak out from her myspace profile and a few other sources. She became so popular that Loaded magazine published an article under the headline “Wanted! The epic boobs girl!” and offered a Â£500 for assistance in encouraging her to pose for the magazine. This led to Alix filing suit against the magazine for for violation of her privacy. The complaint was rejected by the Press Complaints Commission citing that since the magazine was not the first to pull the photos, and since it had such wide spread circulation on the net, they were not responsible. The commission didn’t think it possible to censure the magazine for commenting on material that had already had such wide circulation, and which had already been contextualised in the same way (ie, as an exemplar of beautiful breasts) by many others. So Alix lost the case but managed to get a good bump and resurgence in popularity because of it. Many of the Epic Boobs photos in circulation still depict Alix but there have been many others created using different models as the focus.

The set up: Busty pictures set in a motivational photo

END_OF_DOCUMENT_TOKEN_TO_BE_REPLACED

This week’s meme is Hell Yeah Jesus (AKA Respawn Jesus)

The Back Story: Based off a simple image macro like Crazy Dad and many others, the meme features an image macro with text added to it. The image is an old painting depicting Jesus coming out of the cave 3 days after he died. The meme became popular on internet video game forums when discussing the lag of the server and how long it took to respawn your character. From there it grew to general use of Jesus saying different things relating to the scene depicted or to general awesomeness the creator felt he possessed.

The set up: Using the image macro, add your text of what Jesus is saying

END_OF_DOCUMENT_TOKEN_TO_BE_REPLACED

This week’s meme is Cigar Guy

The Back Story: In October at the 2010 Ryder Cup, Daily Mail photographer Mark Pain snapped an awesome shot of Tiger Woods nailing a golf ball right towards the camera. The image looks almost too perfect to be an event photo and at first many thought it was a publicity shot:

As the photo circulated one thing stood out, the gentleman on the right hand side with the cigar. He looked so out of place it was comical. And that ladies and gentleman is how memes are born. Pretty soon Photoshops of the image were popping up on forums all over the net. One thing that fueled the meme was the mystery of who the man was. The Daily Mail tracked him down and found his name was Rupesh Shingadia, a 30-year-old investment analyst. When asked about the getup (the wig, cigar, and fake mustache) he said it was a tribute to Spanish golfer Miguel Angel Jimenez.

The set up: Photoshop Cigar Guy into any picture